OFCCP Updates Sex Discrimination Rule.  On June 14, 2016, the Office of Federal Contract Compliance Programs announced publication of a Final Rule on requirements that contractors must meet on sex discrimination in employment.  This Rule updates old guidelines with new regulations that align with current law and address the realities of todays workplaces.  It deals with a variety of sex-based barriers to equal employment and fair pay, including compensation discrimination, sexual harassment, hostile work environments, failure to provide workplace accommodations for pregnant workers, and gender identity and family caregiving discrimination.  The Final Rule becomes effective on August 15, 2016.

EEOC Increasing Title VII, ADA, GINA Notice Posting Penalties To $525.  An EEOC final rule, raising the maximum penalty per violation of the notice posting requirements in Title VII, the ADA, and GINA from $210 to $525, was posted June 2, 2016.  The adjustment is due to the Federal Civil Penalties Inflation Adjustment Improvements Act to require that each federal agency, not later than July 1, 2016, and not later than January 15 of every year thereafter, issue regulations adjusting for inflation the maximum civil penalty that may be imposed under each agencys statutes.  The increased financial penalty is scheduled to take effect on July 5, 2016.

SUPREME COURT OF THE UNITED STATES

SCOTUS has been very active in the final weeks of its session.  It had to get all of its docket decided before adjournment, and usually saves the most difficult decisions for last.  Employment issues are often difficult and controversial.  So, we get a flurry of employment decisions at the end of the session.

Court Deadlocks On Immigration Executive Order.  The Supreme Court deadlocked in a case challenging President Obamas plan to shield millions of immigrants from deportation and allow them to work.  The 4-4 tie left in place an appeals court ruling blocking the plan, thus preventing millions from applying for legal work authorizations.  [Executive Orders are a special category of Legislative power given to the Executive Branch  instead of Congress.  Many are politically volatile and the opposite party cries unconstitutional.  Pres. Bush issued many that Democrats decried as dictatorial, but Republicans declared were well within the scope of presidential authority.  President Obamas very similar Executive Orders are vilified by Republicans, while Democrats declare them as within Executive authority.  Both Bush, Obama and all other Presidents have had Orders invalidated by the court, and upheld by the court.]

Court Upholds University of Texas Affirmative Action Plan.  This is a student admission case, and is not an employment case, per se.  It will have little impact upon the Government Contractor Affirmative Action Plans required by Executive Order 11246; since none of those involve quotas, set asides or anything which requires race or sex preferences.  It may, however, have an employment impact in two ways.  (1) It may impact the Government Contract awards programs under both state and Federal Affirmative Action plans, for giving a certain percentage of, or certain extra consideration to, businesses with women, disabled people, veterans or minority owners.  Contract awards have very tangible employment/job creation effects.  (2) The decision may help to defuse some of the unwarranted vitriol and attacks on employers EEO/AA efforts in the workplace.  The court is split, so this could arise again.  However, this was a 4-3 vote with one conservative justice in favor (liberal Justice Kagan recused herself since she had previously been involved in the case before appointment to the court).

Court Ducks Auto Service Advisers Decision.  The U.S. Supreme Court punted the issue of whether car dealership service advisers are exempt from overtime under the Fair Labor Standards Act, issuing a limited ruling ordering the Ninth Circuit to reconsider the matter without taking into account U.S. Department of Labor regulations that the justices said were issued without adequate explanation.  There is an ongoing controversy as to whether service advisers are included in the special auto industry overtime exemption for sales, parts and service technicians.  Many states clearly name service advisers or service writers as exempt (they get straight pay or commission, but no OT).  The Federal FLSA is murkier, and the Department of Labor has been inconsistent over time as to its own interpretation.  Due to this court decision, the issue is still murky.  Employers continue to be caught in the confusion.

Statute of Limitations.  Does the time to file a discrimination complaint start when the plaintiff knew of the impending act (discharge, layoff, non-promotion, etc.) or from the date the act occurred?  This has been an ongoing issue, since the few days between one and the other can mean an EEOC complaint is on-time, or too late.  In Green v. Brennan, the employee verbally agreed to resign under pressure in December, with an agreed end date in March.  He then submitted a written resignation letter in February.  He then decided to sue, but was too late, based on the December resignation.  The U.S. Supreme Court ruled that the December verbal did not count.  The time clock began running only when the organization received the formal written resignation.

Fair Credit Reporting Act Requires Concrete Injury, Not Just Technical Errors.  In Spokeo, Inc. v. Robins, the court ruled that procedural or technical FCRA violations are not actionable on their own.  A plaintiff must show a concrete injury.  In this case a credit reporting service wrongly reported the age, marital status, education and employment history of Robins, a job candidate.  Robins sued for failing to follow procedure to assure maximum accuracy.  He alleged this made him look overqualified for jobs he was seeking.  He did not identify a specific job he did not get.  The lower courts dismissed due to no claim of concrete injury. The Supreme Court disagreed.  Concrete injury does not have to be so specifically stated.  A general harm such as appearing overqualified can have a real negative effect.  So the court remanded the case for further proceedings on the concrete injury issue.  However, it validated the rule that mere technical errors are not actionable.

Company Was Prevailing Party  EEOC Must Pay Fees & Costs For Dismissal Of Claims.  In CRST Van Expedited, Inc. v. EEOC, a lower court dismissed the EEOCs case due to lack of foundation and various procedural defects and litigation sanctions.  It ordered the EEOC to pay CRSTs $4 million attorneys fees and costs as the prevailing party.  The EEOC appealed, arguing that a prevailing party must actually win at trial on the merits of a case, not at the pretrial dismissal stage.  The 8th Circuit Appeals Court agreed.  CRST appealed and the U.S. Supreme Court ruled in its favor.  A dismissal is an ultimate decision, the matter has been won.  A major purpose of the laws fee award provision is to deter lawsuits without foundation.  Thus dismissal for that reason warrants an award of fees to the prevailing party.

Bankruptcy Of Company Left Owner Personally Liable For $3.7 Million Sexual Harassment Liability.  A heating company was sued for sexual harassment and retaliation.  The plaintiff alleged a sexually hostile environment, including demands for sexual favors by the company president, a request for her to be the stripper for his sons bachelor party, and an incident of breast grabbing.  The plaintiff quit and filed under Title VII and state law and made a criminal complaint.  The company president was convicted of misdemeanor sexual assault.  The company filed bankruptcy on the eve of the Title VII trial.  The plaintiff pursued the case under the state anti-discrimination law, which allows personal liability.  Though the company achieved a discharge of liability in bankruptcy, the president was still liable, and agreed to pay $3.7 million.  EEOC v. Fuller Oil Co. (D. N.H. 2016).

Service Dept. Employees Poor Performance Discharge Negated By Managers Age Comments.  A 69-year auto dealership service employee had poor performance.  This was documented, and he received documented warnings about performance.  However, the service manager also said that he would see to it that you retire on the 70th birthday.  The employee was fired by the supervisor soon after turning 70.  The overt age-related comment was seen as direct evidence of age discrimination, sufficient to warrant a decision by a jury.  McFall v. Motorcars Aquisition LLC (N.D. OH, 2016).

Maximum Leave Policies May Violate ADA  Lowes Settles Case For $8.6 Million.  Lowes Co. has agreed to pay $8.6 million to settle a class action alleging that its 180-day maximum leave of absence policy violates the ADA.  The EEOCs position is that automatic termination after any set period of time is in conflict with the ADAs individualized assessment of whether or not giving a specific person extended leave for a specific job is a reasonable accommodation, or an undue hardship.  EEOC v. Lowes Co. (C.D. Cal., 2016).

Breast Feeding Pilots Allege Discrimination.  EEOC v. Frontier Airlines alleges violations of the Pregnancy Discrimination Act and Colorado Fair Employment Practice Act and Workplace Accommodation Working Mothers Act.  The case asks the airline to make it easier for pregnant and breast feeding pilots to have temporary assignments to facilitate their medical condition and breast feeding (the same as it grants for other

employees medical conditions) and to provide privacy on planes, other than in the restroom, for expressing milk.

Prior Salary Cannot Be Used To Set New Hire Starting Pay.  A female VP of Tech Services at a healthcare tech company discovered she was paid $40,000 less per year than a male tech expert whom she supervised.  She raised concerns that she was underpaid.  The company agreed, but took no action.  She brought an Equal Pay Act case, after leaving the company.  The company defended by claiming that the VPs pay was based to be an increase of her prior salary history at another employer.  The male pay was based on his prior salary and what it took to get him to take the job.  The court found that the female VP had similar duties and more experience than the male tech expert; it was at least equal work for unequal pay, and should have at least equal compensation.  The court stated that in gender cases prior salary can never be used by an employer to establish pay, because using a males prior high salary simply perpetuates the inequality that the EPA was enacted to rectify.  Woodard v. Medseek (N.D. Ala., 2016).

Male Employee Was Not Dishonest When He Corrected Pregnancy Diagnosis On His FMLA Form.  A male employee with vertigo needed time off for treatment.  His physician sent an FMLA verification in which it appeared she had mis-checked the boxes on the form.  The doctor marked the yes box on the question of whether the patient was pregnant.  She also marked the yes box on whether the patient had been admitted to a hospital overnight.  Both checks were inaccurate.  The employees own FMLA application stated that he needed treatment but would not be hospitalized.  Human Resources sent the form back to the employee and asked for correction within seven days.  So, he simply checked the correct boxes on the form and sent it back.  The employer then fired him for falsifying the form, because he made the changes on the form the doctor had signed, and sent it back instead of having the doctor do so.  Thus, it was a false verification.  The termination was overturned.  Dishonesty required an act of deception.  The employee was not trying to deceive the company into thinking that he was not pregnant, nor that he had not been admitted to a hospital.  Instead, his correction made the form truthful rather than deceptive.  No reasonable employer could believe he was attempting dishonesty or deception.  Further, the HR directions were not clear.  The request to correct was sent to the employee, so a logical person could believe that he could correct such simple and obvious errors.  In Re Teamsters #118 v. Wegmans Food Markets (2016).
____________________________
For additional information, see www.boardmanclark.com.  The Reading Room has past issues of the Employment Law Update.  Other publications on the website are the Employment Benefits Newsletter, the Municipal Law Newsletter and the School Law Newsletter. 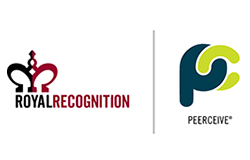